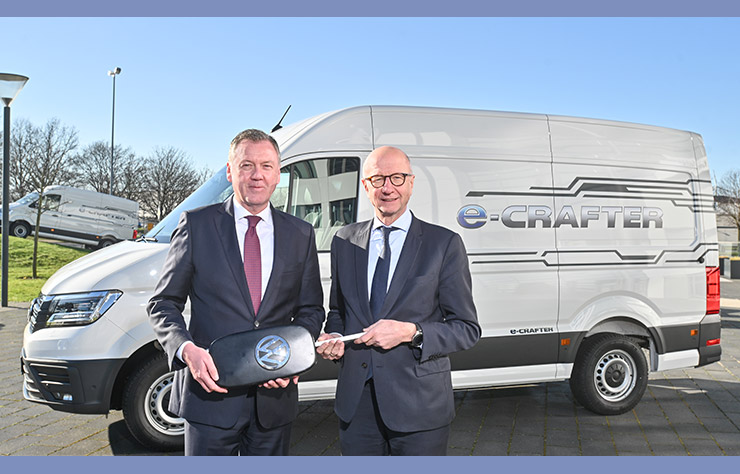 The world’s biggest electric vehicle battery maker, CATL, will invest up to $3.7 billion to quadruple its production capacity for lithium-ion batteries used in cars and storage systems. In today’s report from Japan’s Nikkei, the financial publication tied CATL’s announcement with its plans to supply batteries to Tesla.

China’s CATL shipped the equivalent of 32.5 gigawatt-hours of automotive lithium-ion batteries in 2019. The company is the industry leader with a global share of 28%, according to South Korea’s SNE Research. It supplies batteries to Daimler, Honda, Toyota, Volvo, and Volkswagen.

It will take two to three years for CATL’s new facilities to come online. Capacity at a factory in Jiangsu Province will go up by 24 gigawatt-hours. And its output capacity in Ningde, Fujian Province, where the company has its headquarters, will increase by 16 gigawatt-hours. There will also be a new plant opened in Sichuan Province with a capacity of 12 gigawatt-hours.

CATL is already building its first overseas plant in Germany. That facility will have a capacity of 14 gigawatt-hours starting in about 2022.

Automakers, including Audi, Hyundai-Kia, Jaguar, and Mercedes-Benz, have acknowledged that constraints to their battery supplies have delayed or limited their EV production.

In early February, CATL said that it signed a deal to provide batteries to Tesla in China from July 2020 through June 2022. No terms were disclosed.

The EV battery wars are intensifying. Panasonic, which had been Tesla’s sole supplier, this month announced that it had finalized a joint venture agreement with Toyota Motor. The Japanese automaker will take a 51% stake in the new battery company, to be named Prime Planet Energy & Solutions.

Tesla is ramping up battery capacity from multiplier suppliers, as it plans to deliver 500,000 cars in 2020. In its Q4 2019 conference call, Tesla CEO Elon Musk confirmed that the company was working with both CATL and LG Chem, in addition to Panasonic. Tesla also plans to make its own cells.

A couple of weeks ago, Reuters reported that Tesla is in “advanced stages of talks” to use batteries from CATL that contain no cobalt. That would mark the first time for Tesla to include lithium iron phosphate batteries in its lineup, a step to reduce costs.

Cobalt is also one of the most expensive metals in EV batteries, costing between $33,000 and $35,000 per tonne. Wired reported this month that demand of cobalt could reach 430,000 tonnes in the next decade, which is 1.6 times today’s capacity. There are also concerns about the limited supply of cobalt, as well as the ethics of its production.